The subscription cohorts report gives you a better understanding of how your subscribers are retained over time. Similarly, it provides a visualisation into your churn for each cohort of subscribers who joined during a given month.

It can help you answer questions such as: 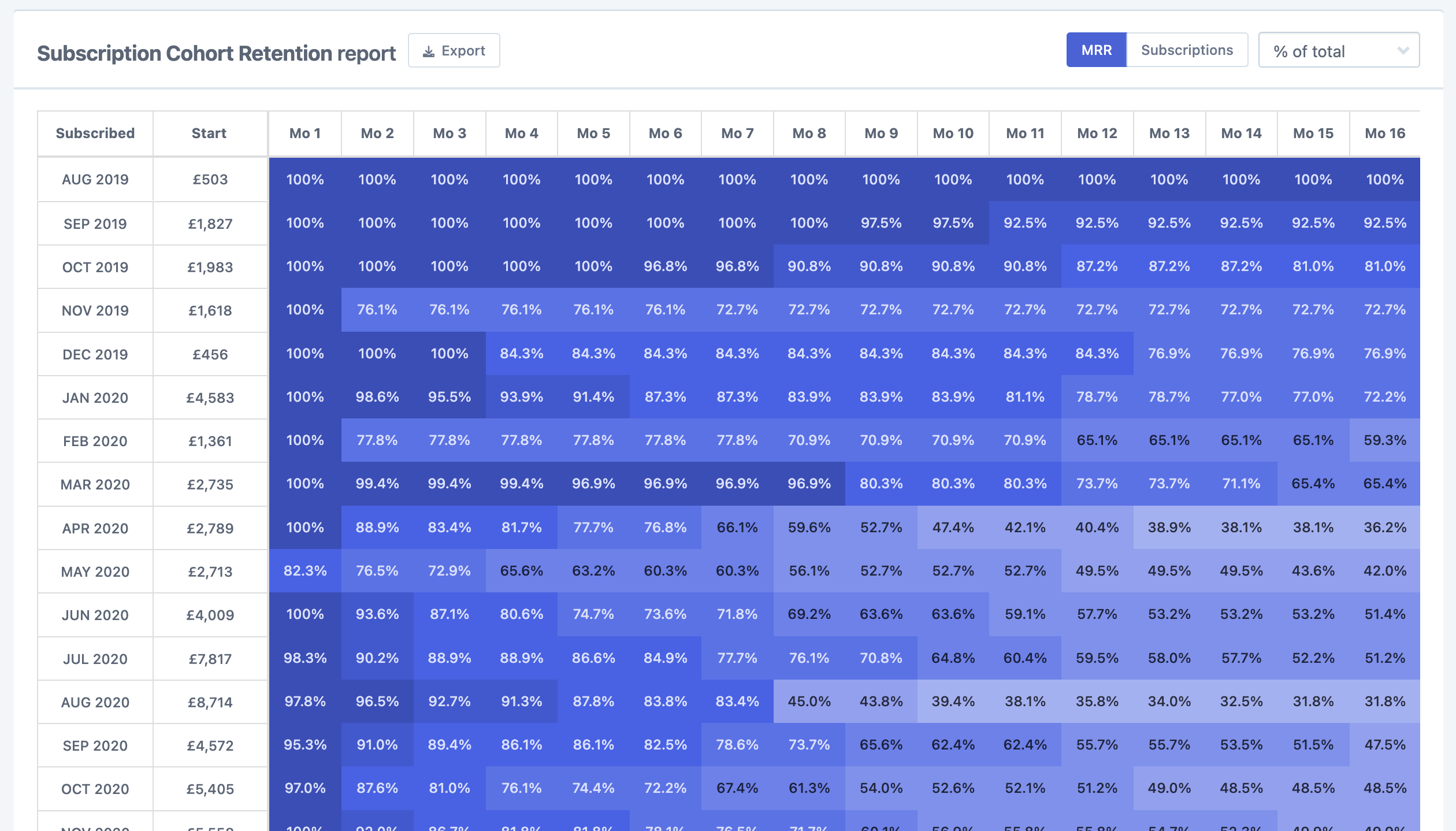 The % shown for each month indicates the amount of MRR (monthly recurring revenue) retained from the original start amount. So if the start value was $600 (MRR) and Month 6 said 50%, that means you've retained $300 of MRR by the 6th month.

Additionally, you can hover over a cell to see the numbers behind it: 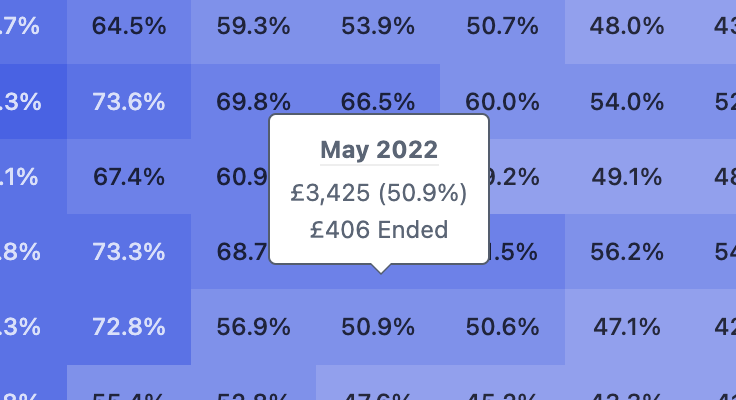 At the bottom of the report, you'll find the weighted average retention rate for each month:

So using these numbers, we can determine that on average after 4 months, 72.8% of customers are retained (27.2% churned).

On the top right of the report, you're able to switch from MRR to Subscribers, to see retention based off subscriber numbers.

You can also change it so instead of showing the % of the total start amount retained, it shows the % of the previous month retained, or the value itself retained:

These settings will be remembered even if you leave the report and come back to it.

Started and ended in the same month

By default, this report does not include subscriptions that started and ended in the same month. This is to keep things consistent with other subscription reports in Metorik, and to ensure no trial/failed subscriptions impact the report.

However, there's a toggle you can click at the top of the report to include these subscriptions:

When enabled, the first month for each cohort will actually be the start month. 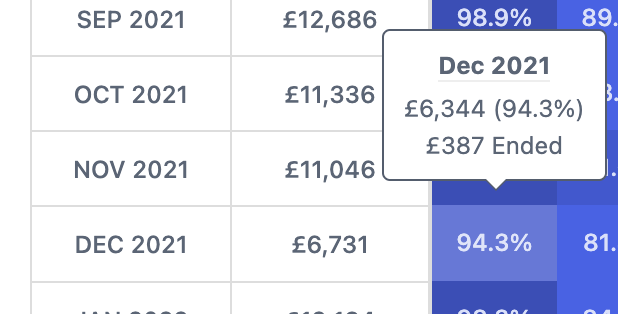