Net Revenue and the Orders Report

Net revenue can be found in various places around Metorik, including the  dashboard,  revenue report, and  product-related reports. This also applies to the profit reports.

Whenever you see the term  net revenue, it is calculated by taking the total gross sales and deducting refunds, taxes*, shipping*, and fees* from the given period.
The idea of net revenue is to give you an idea of how much money you actually received. 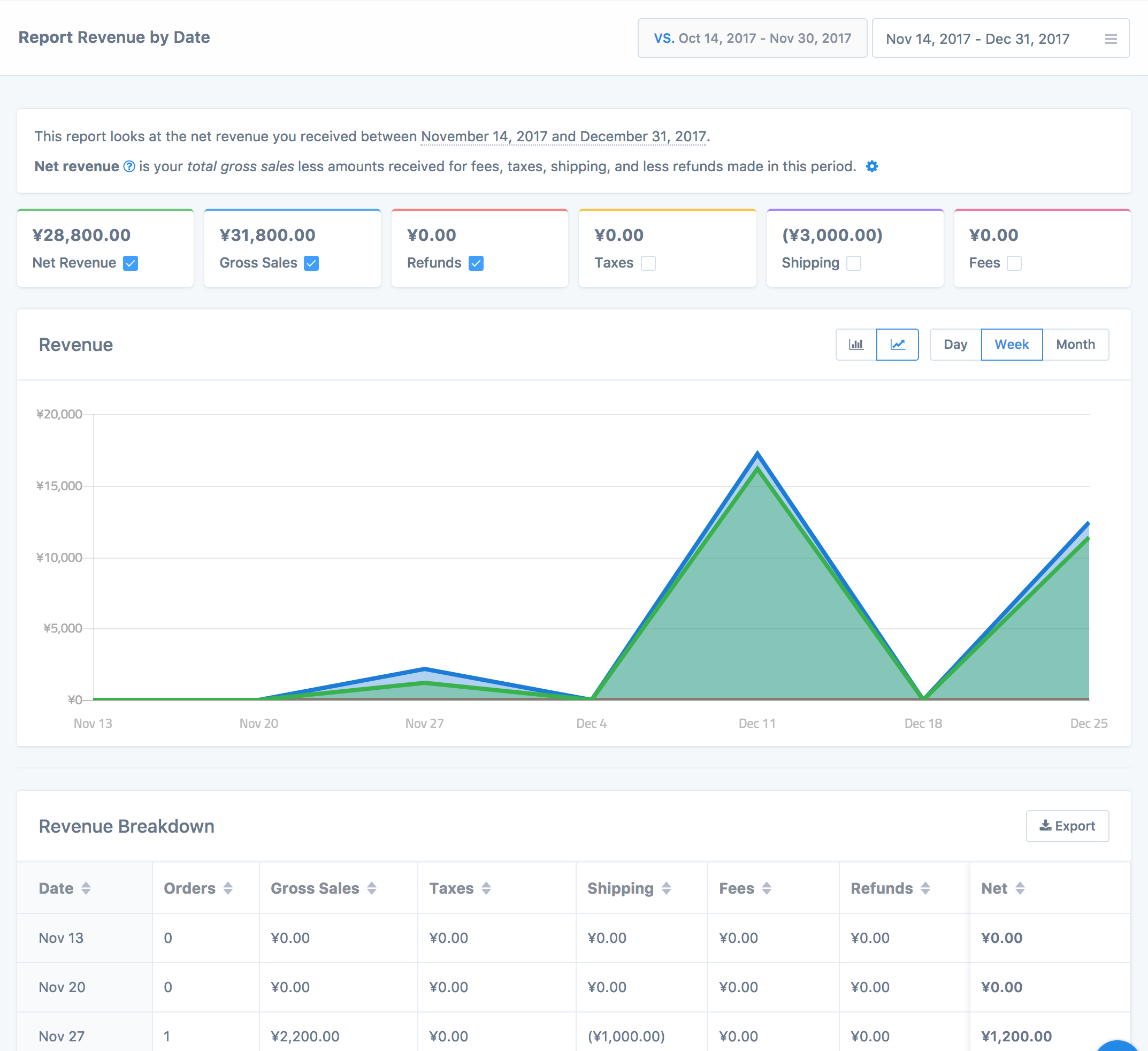 If a refund was made for an order with an excluded status (defined in your report settings), both the sale and the refund are excluded.
So for example, if there was an order for $500. You refunded it but instead of giving it the refunded status or letting it keep it's previous status (such as completed), you made it cancelled (and have set cancelled to be an excluded status). That order will simply not be included in the revenue report as we are not including its sale or its refund due to the status.

The orders report however is there to give you insight about orders made in a given period, rather than revenue itself. So in that report, you'll see the term net sales. It's quite similar to how net revenue is calculated (see the formula above), but with one significant difference: It only deducts refunds for orders made in the given period, and when the refund happened does not matter. 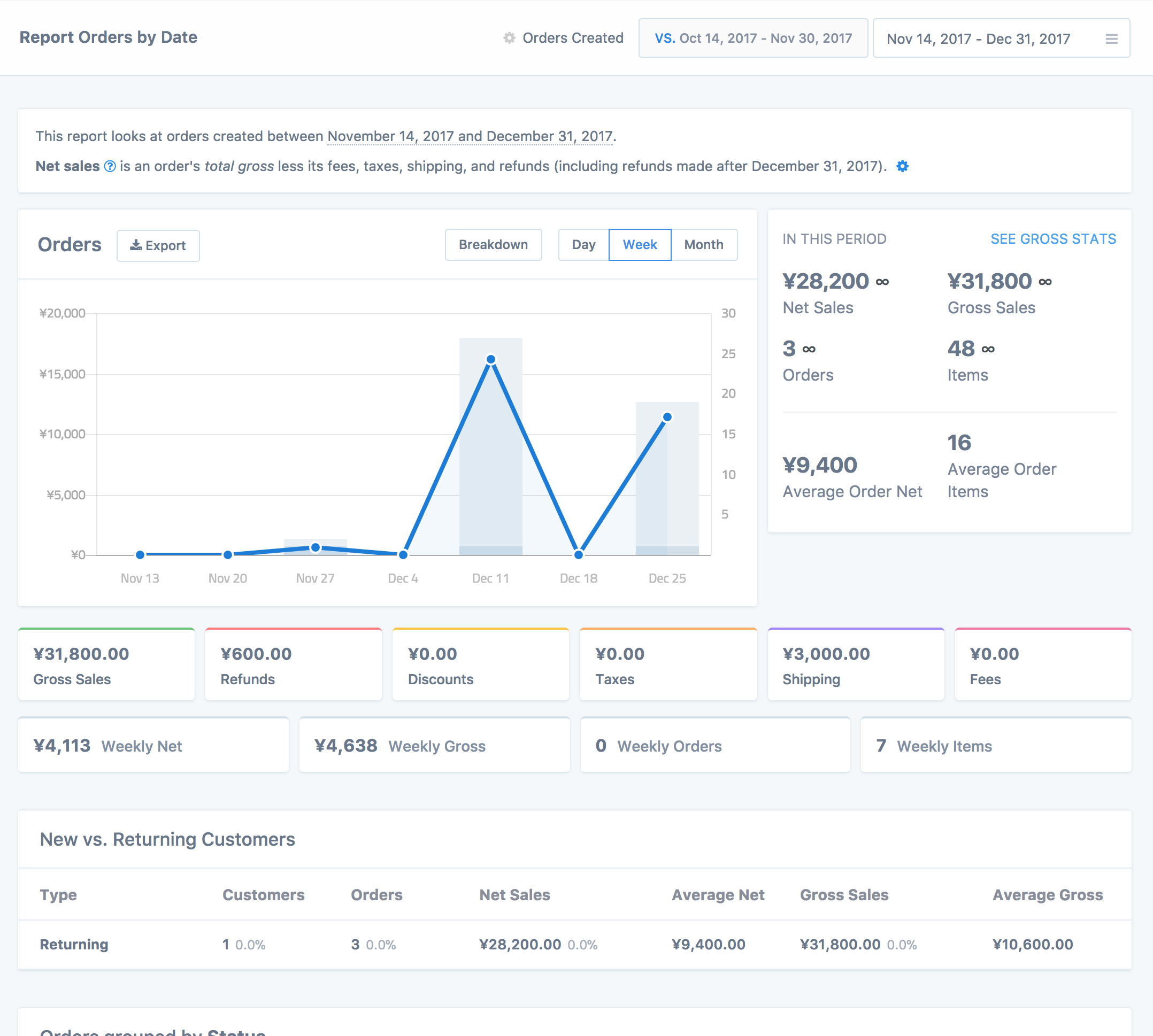 * Determined in your store report settings. Fees are only applicable for WooCommerce stores.